“In health there is freedom. Health is the first of all liberties” 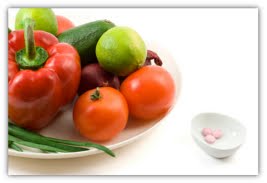 When you say the words “Integrative Health” or “Integrative Nutrition” most people don’t have a clue what you mean. American’s today are used to going to their health care practitioner only when something has already gone wrong. And most are seeking a quick result in pill form or an easy access cure. They want one answer. This philosophy, which has been promulgated by the traditionalist training of the medical community and the boom of the pharmaceutical industry is reason number one the United States is in a health crisis. This health crisis and the current healthcare debate is plastered all over the news. Democrats and Republicans alike are duking it out over what the answer should be. Everywhere you turn there’s talk of insurance, money, Medicare, pharmaceutical companies. Big Healthcare, big dollars, small results.

Please don’t be mistaken, we are indeed in a health crisis. A vast number of families in the United States can’t afford health care, yet we are the unhealthiest First World nation in the world! The United States ranks 29th globally in infant mortality – tied with Poland and Slovakia (we were 12th in 1960). Sixty percent of adult deaths are attributable to chronic disease. Chronic diseases such as obesity, diabetes, heart attacks, stroke, and certain preventable cancers like prostate, colon and often breast and ovarian. Our nation is being crippled by chronic disease. Over 46 million citizens are uninsured or under insured. Health insurance premiums rise four times as fast as our pay rates. More than half the bankruptcies in the United States are from medical bills. 66%, SIXTY-SIX percent of US citizens are overweight or obese. Obesity in children has doubled in the past 30 years and tripled in adolescents! (this information was obtained from a presentation given by Dr. Theresa Kennedy).

The flaw in our system lies in its “curative” nature coupled with the fact that it’s driven by corporate profit and greed. Health in this country is addressed when something goes wrong. People don’t pay attention to what they put in their body or what their body interacts with. We don’t have a health care system; we have a SICK care system. We need to change to a preventative system. Health is a state of complete physical, mental and social wellbeing. It’s not merely the absence of disease. And this is one of our fundamental rights as human beings and as citizens of the United States.

I will say that again, it is a fundamental right for us to live in a state of complete physical, mental and social well being!!

I remember watching this video on the Senate’s website days after the hearing was held. I was elated and invigorated knowing that our elected officials were learning about integrative health. I thought back to one of my first days at The Institute for Integrative Nutrition when founder, Joshua Rosenthal said we were on the cusp of something great, that we were creating a health revolution. I believed him, I still do, but I was worried about the rest of the United States. I have seen many people simply roll their eyes when topics like positivity, primary foods, organic produce, environmental toxicity, GMOs and hormones in beef come up. They either don’t care or don’t believe me or are in denial.

Even though the Senate seems at least open to “alternative” ideas such as health coaches, history makes it obvious that change is not going to happen swiftly. The health care debate raging now is the same one that raged through the 1990s when President Bill Clinton was in office. The only difference is the stakes. They’re higher now, Americans are sicker.

I am not posting this blog to seem downtrodden about our Government, its process and the action or inaction it takes. In the words of Mike Adams, the Health Ranger we need a “popular health care revolt; people marching in the streets, setting fire to packets of aspartame.” While I think the Health Ranger may be on to something, lets start a health revolution with our own health first. We are the first step in health reform. You are in charge of your own health. A healthy life starts with the choices you make daily, make them good ones! If you are unsure of how to make positive choices to improve your health, reach out to a health coach to help guide the way for you.

Attorney. ENFJ. Pageside Rageside. Dirty Chai Addict. Lover of Elephants, Great Danes and Unicorns before they were trendy. View all posts by Terra

Talk to me! Cancel reply